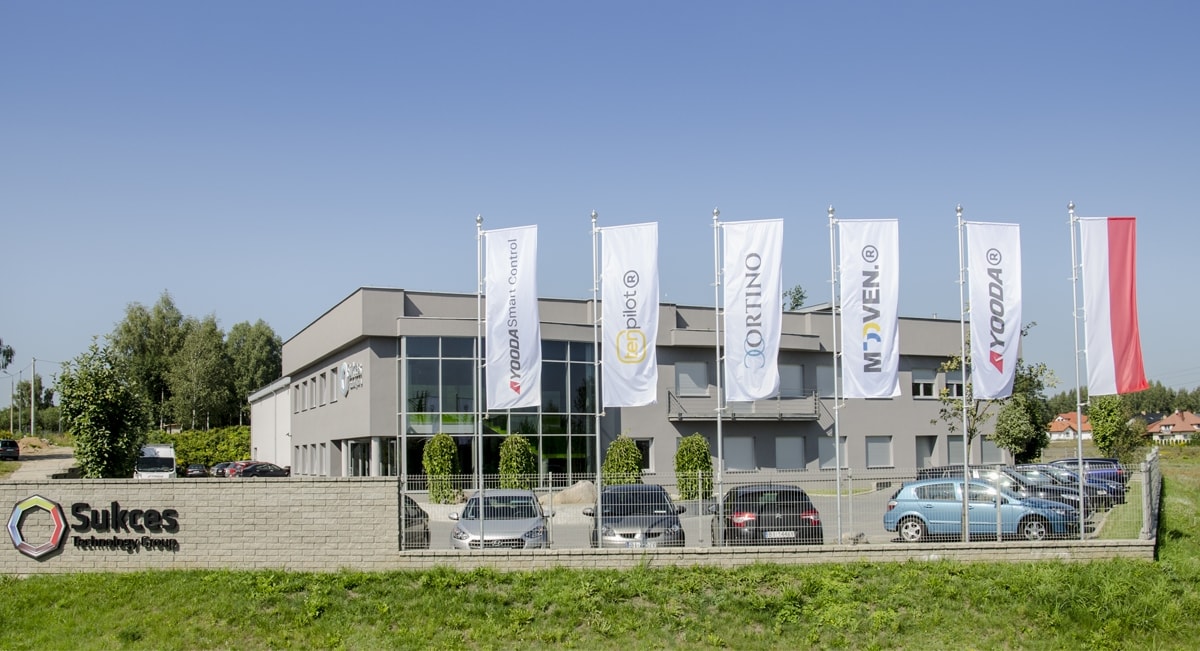 Sukces Technology Group
was started In early ’90 in Bialystok city. Operating in B2B from the very beginning is specializing in providing components for roller shutter production and installation, as well as in automation for shutters, blinds, curtains, awnings etc. Nowadays Sukces Technology Group consists of 4 brands including over 2 thousand different products, owns modern production site and warehouse in new headquarters in Wasilków (near Bialystok), and also has at it’s disposal own fleet of delivery trucks.

Sukces Technology Group is a family firm
with almost 20 years of experience. Since the summer of 2014 headquarters were moved to Wasilkow (close to Bialystok) with main warehouse as well as production site.

Our mission
is to provide producers and installers of roller shutters and blinds with production components and complex automation systems, that are designed to increase the montage convenience and comfort for everyday users that value safety and modernity.

Because of ownership structure
of Sukces Technology Group company and thanks to Total Quality Management implementation we became proud member of Family Business Initiative. Constant trainings allow us to initiate new solutions as well as optimise process management. Our growth is being supported by Prof. Andrzej Blikle – specialist in process management implementation in family businesses.

History
The idea to start the company was born right after the change of late 80’ in Poland when many companies started their business selling windows and garage doors. At that time Wlodzimierz Dziemianczuk opened an ironwork company, that also was selling windows, garage doors, as well as roller shutters. In his father’s company first steps in business took future owner of SUKCES Grzegorz Dziemianczuk by selling premade roller shutters. Shortly after he realized the need of selling components for roller shutters producers like his father. At the beginning of 1997 he launched his own firm – SUKCES. Firstly a one-man business, than evolved into a company supplying home and abroad clients.

First years
were taken by 2-3 people by gaining trust of clients. The offer was widened every year to meet their needs as well as to supply new elements of modern roller shutters systems. Initially by reselling all the components company quickly started producing some of the products. One of the first products SUKCES was making was valued on Polish and European market was automatic lock, which is still produced by SUKCES as many clients still prefer it to other systems.

Since the very beginning we were focused on investing
in our production site and qualifications of our employees. Determination and strong believe in success helped us throughout the tuff times for the industry. Also, we were always opened for our clients and responded quickly for their needs trying co achieve maximal complexity of our offer, and that is why we were able to develop our position on the market, also in segment of automation for roller shutters. Our evolution was also represented by investing in our image, which can also be visualized by our logo – changing throughout the years.